A New Paige for Processes

Here at Oracle Vision, we pride ourselves on the processes we put in place to help our customers. Our latest recruit, Paige White is here to help make them even slicker, as she’ll be taking on the role of Coordinator. Even three weeks in she’s already making waves, finding ways to streamline and improve efficiency. We took a few moments of her precision-planned time to find out more about our new teammate.

What does your job at Oracle Vision involve?

Together with Beth, I help run the service and maintenance team. We’re responsible for sending jobs out to engineers, liaising with customers, giving updates on jobs, making sure the engineers are on track, and reporting to managers if we’re behind.

What were you doing before you came here?

I was working at a fencing and decking company for a bit over a year. It wasn’t what I wanted to do, but it let me develop and gain some experience in a more senior role, as the sales go-to. Before that, I was at another security provider, which focused more on physical security, putting patrol personnel on site.

What attracted you to Oracle?

I wasn’t really looking for a new role, but I received a message from a recruiter about the role on LinkedIn. After doing some research, I could see they were working with some great companies. What’s more, I liked that they were offering lots of opportunities to train and develop your career. Even the website made me laugh – I could tell from the bit about calling for some ‘quality banter’ that they were a friendly bunch. Then, when I came for my interview with Emma and Arran, it felt like more of a chat, they were lovely. Being so close to my home, it was a no-brainer.

What do you enjoy about your work here?

Everyone says it, and it’s true – it’s the environment here. With bigger companies you get a sense of ‘us and them’. There’s no divide here. The morale and the resources for staff are brilliant, I’ve never seen anything like it before. You spend more time with colleagues than you do your family, but because of the approach here, that’s OK. People are open and friendly, there’s no finger-wagging or anything like that.

What do you enjoy doing when you’re not here?

I’m a bit of a freak – I like researching true crime and watching true crime documentaries. I always wanted to be a crime scene investigator but I can’t deal with blood!

If you could spend the day with anyone, living or dead, who would it be and what would you do?

It’d have to be my grandad, he was always such a big support and if I ever needed anything I could go there. We’d have a bit of banter (it was a love/hate relationship!). I was his favourite, not that he’d ever say that to anyone else.

OK, time for the quick-fire round:

Last album you got into? Volbeat – Rewind, Replay, Rebound

Favourite place in the world? At home with my family, especially at the moment!

Favourite TV show? For true crime, I really like a YouTuber called Bailey Sarian that does a series called Murder Mystery and Make-Up Mondays

Favourite book? For Christmas I got one about the Charles Manson murders called Helter Skelter

Learn more about the Oracle Vision team and what we do here. Want to get to know us better? Give us a call and we can have a natter about your organisation’s security strategy. 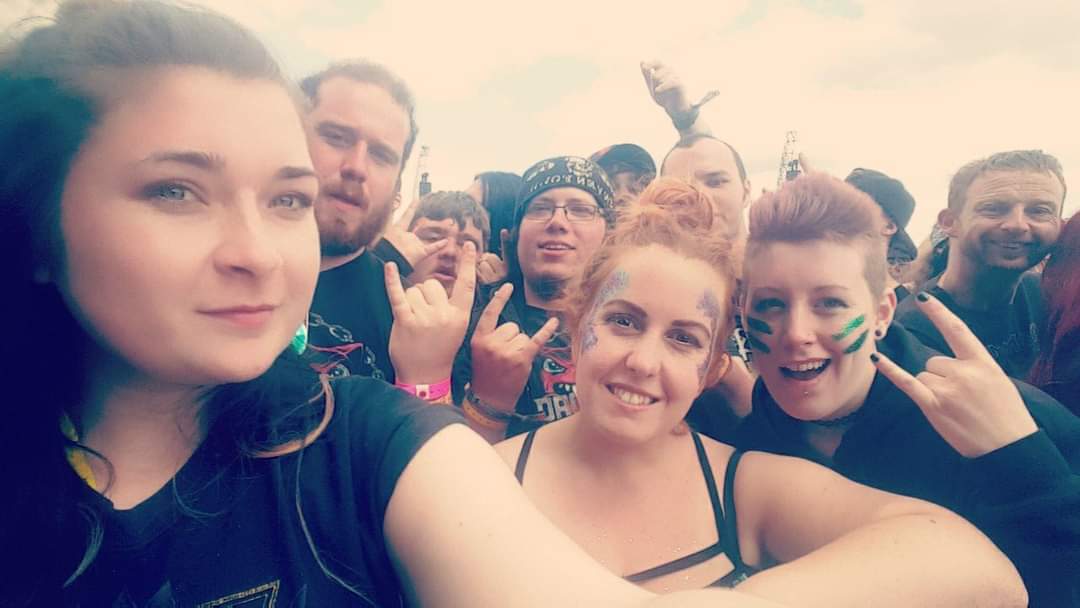