Why is everyone still calling VSS CCTV?

Do you know someone who still calls Starburst ‘Opal Fruits’? Or a Snickers a ‘Marathon’? There are some names that just stick, regardless of how hard the marketers try to rebrand.

In some cases though, it’s not even a brand name that’s changed. VSS (Video Viewing Systems) have been around for a couple of years, and herald a total change in technology, but the term just doesn’t seem to have caught on. On websites, vans and tender documents up and down the land, you’ll still see its predecessor, CCTV. Here we take a look at why we’re all still calling VSS CCTV, and whether it matters.

What’s the difference between VSS and CCTV?

If you don’t know your CCTV from your VSS, don’t worry – you’re not the only one!

The term CCTV, or closed circuit television, takes its name from the technology that it uses. That is, a surveillance system in which a picture would only transmit if the circuiting of the cables were closed. When set up correctly, video cameras transmit their footage to a display monitor, allowing real-time viewing and the ability to play it back. CCTV has been the number 1 tool for security teams deterring and reporting crime for decades.

These days, what most organisations (and indeed homes) have isn’t actually a closed circuit at all. Instead, many are using an IP camera for their surveillance, and the data network is really as open as you want it. The devices to record have changed – gone are the cables and cassettes and in their place are everything from watches to your mobile phone. Often users are unaware just how open their systems are, which can make them vulnerable to data breaches. This is a ‘Video Surveillance System’ – an umbrella term for all kinds of video surveillance, which actually includes CCTV, but also other systems like ANPR, body-worn cameras and drones.

Who wants us to stop using the term CCTV?

The industry body SSAIB has asked all its members to stop using the term CCTV when the system they’re referring to is actually VSS. For the time being, this change is specifically for use on contracts. That in itself is not enough. The SSAIB themselves still refer to CCTV in their Electronic Security Systems Scheme documentation on the website. It’s going to cause confusion unless we use the term everywhere.

Does it matter if we change the name or not?

Yes – as we just said, this is going to get confusing if the old term keeps popping it’s head up like a bad penny. The problem lies in whether the industry changes as a whole or not. If some providers make the shift, while others don’t, chances are many of our customers (and the criminals they’re deterring) won’t understand what we mean when we refer to VSS. If our tender documents discuss VSS systems when the client is asking for CCTV, is there a chance that we’re penalised? And perhaps more importantly, if site signage declares ‘VSS systems are in place on this site’, will that be something criminal understands, and will they care?

If this is a move that we’re going to take, we need to do it collectively and universally, and make an effort to educate those in our arena about what it means. So far it’s been a very slow transition – if we want to really bring about a change, it seems like it’s time to speed things up.

More than just a name

The issue here seems to be about more than just a name. Many organisations appear to still think of their security system as being solely about surveillance, and hence the focus on CCTV. In fact, VSS can offer surveillance but so much more. From crowd management to quality control, modern VSS systems can help organisations to be safe, secure and more efficient (read our article on the subject). Perhaps what’s needed here is a new approach, not just a new name.

We’d love to help you wrap your head around the switch from VSS to CCTV, and how a smarter system could help your organisation save money and be safer. Get in touch, we’ll get the kettle on, and we can have a chat about the right solution for you. 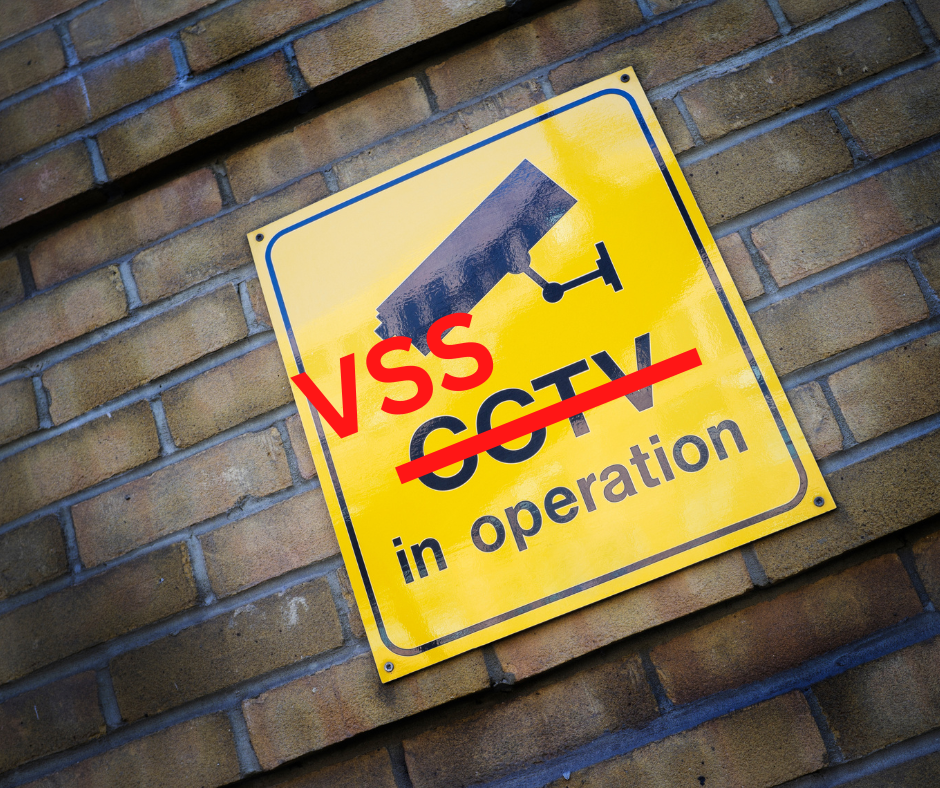